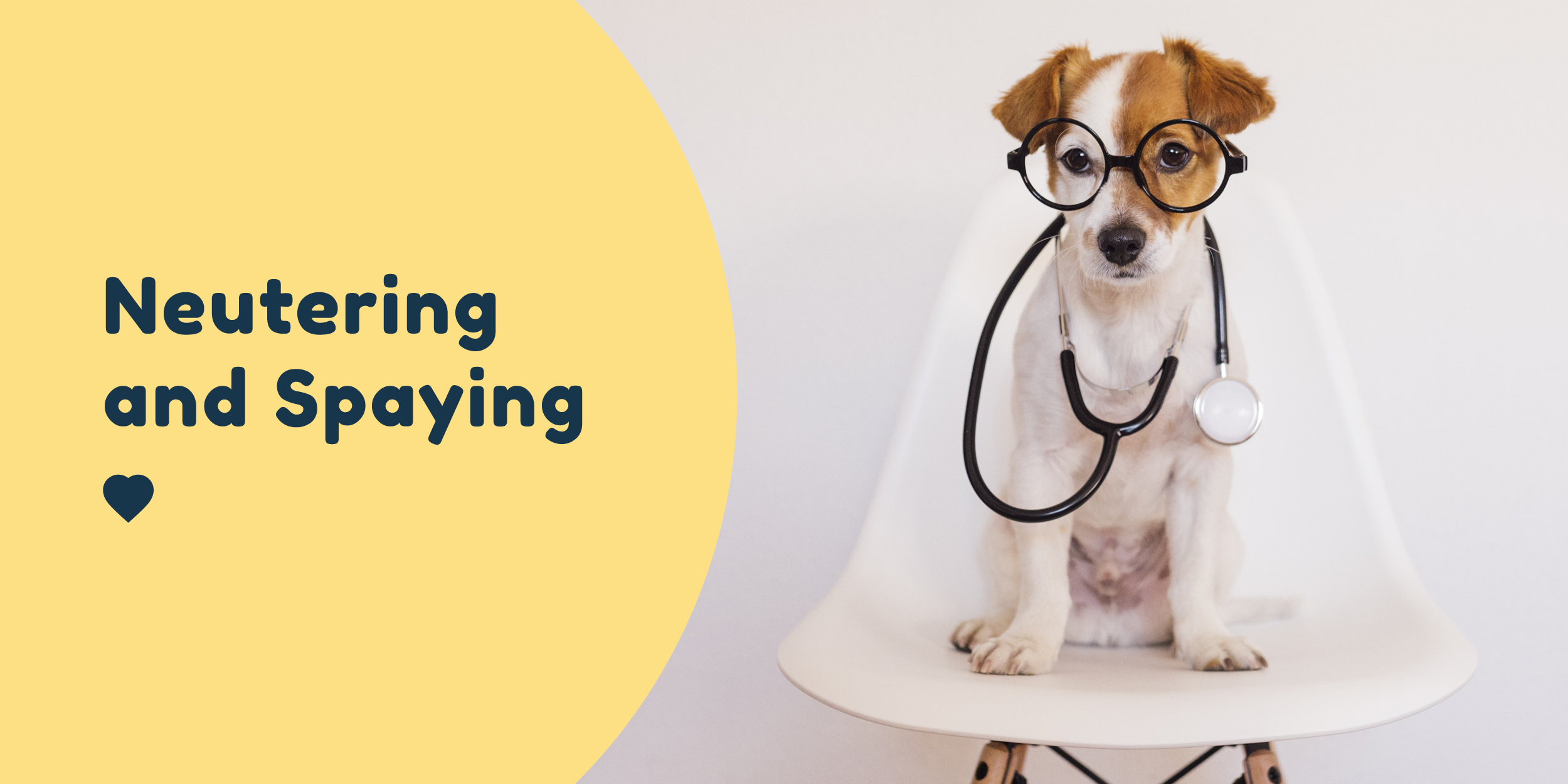 Pros and Cons to Neutering & Spaying

You may be wondering if you should get your bitch spayed or you male dog neutered and to be honest it’s such a common question - so we thought we would get right down to the nitty gritty of it and make some pro’s and con’s so you can make a better informed decision!

Neutering is the de-sex procedure of male dogs where their testicles are removed. The actual removal of male dog's testicles is called Castration.

Spaying is when the female dog's ovaries and uterus are removed which stops them from breeding.

Pros and Cons of Spaying

- Spaying stops heat Periods which can be very messy and the discharge can stain carpets and upholstery.

- She will often lick her privates and encourage other dogs to mount her… even if grandma is visiting. Spaying would stop that.

- A female on heat can be smelled from miles away which will invite unwanted attention and dogs.

- Spaying would stop her going on heat thus no wandering Rome’s Spaying prevents infections of the Uterus.

- Less Risk of Cancers Helps with the overpopulation of pets  Prevents your dog from breeding.

- You can’t have a litter of puppies to cuddle.

- If done at the wrong age it can cause hip dysplasia and other joint issues.

- Spaying doubles the risk of Obesity.

- Spaying triples the risk of Hyperthyroidism.

- Spaying is a big surgery that requires general anesthesia, so it will take a while for your pup to recover.

- Spaying increases the risk of a deadly cancer called hemangiosarcoma.

- Can reduce roaming and sexual behaviours.

- Can reduces issues with dominance and aggression.

- Helps with the overpopulation of pets.

- Prevents your dog from breeding.

- Neutering Increases the risk of a deadly cancer called hemangiosarcoma.

- Neutering is a big surgery that requires general anesthesia, so it will take a while for your pup to recover.

- Triples the risk of obesity.

- If done at the wrong age it can cause hip dysplasia and other joint issues.

- Neutered dogs run the risk of developing a canine version of dementia, which is actually called geriatric cognitive impairment.

Spaying and Neutering helps to reduce overpopulation. Last year alone 3000 dogs were put down just in the Auckland region of New Zealand. Spaying not only reduces the amount of puppies that are already overrun but you are protecting the health of your dog from uterine infections and breast cancer that proves fatal in at least 50% of all female dogs. Neutering, when done before 6 months help stop testicular cancer and reduces aggression and stops roaming. Most people find Spayed and Neutered Animals are far easier to train and easier to control.

When tossing up the pros and cons it can be hard! There is a lot to think about.

Get in touch with your vet to talk over the pros and cons mentioned above and remember timing is everything!

Here are some post operation treat ideas for your pooch

Think of it like an ice-cream after you get your tonsils removed, your woofer will be a bit under the weather so this will sure make life more bearable during recovery.